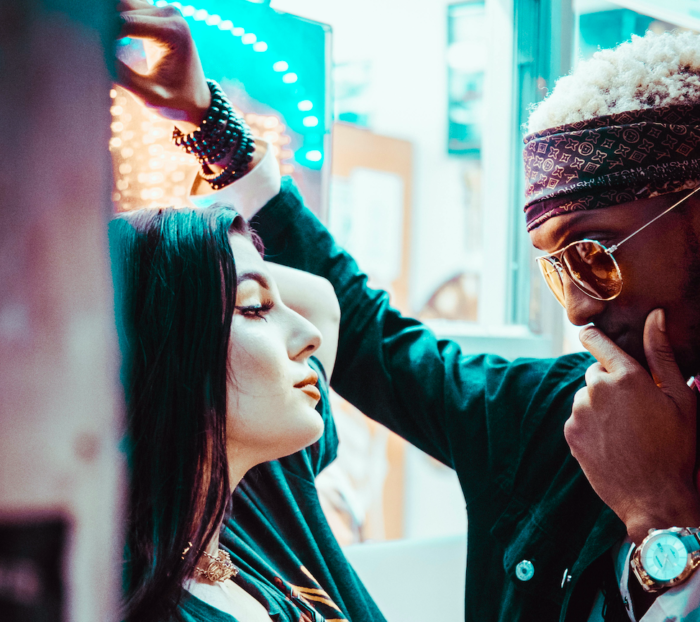 “Daygaming” is a term used to describe daytime pickup lines to get attractive women to get their number and go out with them.

Daygaming! It’s a methodology for guys to feel more confident in getting women by using lines during the day instead of at night at a bar or club.

In my investigation into this concept, it is considered a new wave of pickup artists. Is it? It’s debatable. I don’t know about other women, but it isn’t new to me.

These are some responses:

“Daygame allows me to get the most beautiful women to fall in love with me, despite being an average looking guy.”

“When you strike up a conversation with a woman during the day, you create a situation she’s been fantasizing about her entire life.”

“The reason women watch romantic comedies and read romantic fiction novels is that it plays into their fantasy of how they’ll meet the guy of their dreams.”

Now in my 50s, I’ve had this happen to me many, many times and not just in current times. Yes, out on the streets, on airplanes, and in restaurants. It’s catching on though and becoming more commonplace. It’s going viral.

Men are indeed catching on to women’s desire for romance and using it to pick up women. If women weren’t so enthralled in romantic gestures, we might not fall for it. We watch romance movies, we love romance novels and romantic reality shows. We get excited about romance. I’m no exception.

Some coaches tell men that women get “wet” by watching romantic comedies. So men are using this information to better their repertoire of options for pickup lines.

After reading the comments from Daygamers (a term that speaks for itself), I can’t get on board with it being benign. The name itself speaks of playing a game to attain women—like we are points on a scoreboard. They play off our deepest desires for romance, the perfect guy, and the perfect romantic encounter.

I’ve had men tell me I’m the most beautiful woman they have ever seen. I didn’t buy it. I know for a fact there are more attractive women than I am. Since I don’t need validation or to get high off that feeling, I know it is a line.

Once a few years ago at near dusk, I had a guy follow me and a female friend out of a music bar. I had no idea. My friend and I were walking to our car chatting, and this man ran up in front of us, walking backward to talk to us. I didn’t realize he was interested in me—my female friend was attractive too. The conversation led on as he walked backward telling me he really had to chat with me and get to know me. I had to give it to him, it was an original way of getting the attention of a woman to talk with her. He said he knew if he tried inside the music bar, I’d shut him down.

Don’t get me wrong. There is nothing wrong with getting a woman’s attention and talking; it’s the intent behind it.

Why are they really doing it?

As women, if we are secure with ourselves and not needing validation from men, we can better equip ourselves to read between the lines. In women’s insecurity and a deep desire for romance, we’ve created an excellent opportunity for insecure men to feed us lines to get our attention and hook us.

If we become more secure with ourselves, we will notice an authentic conversation and a genuine gesture. We can weed out, or vet the inauthentic daygaming lines.

I just recently watched a series around the “3-second hook” that men can use to get women to look into their eyes and get them to fall for a guy. Using the term “I’ve never felt this way before.” They begin to discuss how they had been wounded prior and then when the woman sees the wound he has in his heart and feels empathy for him, they throw the line out “with you it’s different,” “I’ve never felt this way before” deeply gazing in her eyes. He counts to three, and the woman is hooked (and will even chase him if he withdraws his attention).

In this series, a young, average, and not outstanding (in his eyes) woman didn’t fall for it and though considered dull in her outward appearance (according to him) wasn’t needy turned it around on him and he was hooked.

Of course, in the end, he did fall in love with her, and they had a relationship, but it wasn’t out of some desperate need to hear, “You’re more special than any other woman.”

She flat out rejected his attempt and, in doing so, became more attractive to him. Usually, having women fall at his feet, he was turned off by women being hooked so quickly; he used them for sex and fun. It was a game.

He was turned on by this one young woman that didn’t fall for his daygaming. Not that she had men all around her, but that she was secure in herself. Confidence is sexy!

The daygaming focuses on attractive women, the outward. It isn’t designed to get quality women. It’s designed for one thing—hooking beautiful women. The women who men usually feel too intimidated to ask out.

To give them the courage, they learn pickup lines.

In a world where so much of the population is single, and dating sites are full of people wanting to have a partnership, connection, affection, and love, we still focus on the outward. On popular Internet searches, we don’t see: “Get quality women who you will find a fulfilling relationship with.”

That is what you see coaches for women say. You see workshops on how to treat men better, how to get him to adore you, and commit to you. How to get quality men is a billion-dollar industry.

With men, we see hooking women, hooking up with women, getting the hottest woman, and daygaming—getting laid and getting a woman to chase you.

You rarely see workshops and bookstores on how to get amazing, loving, kind, and loyal women.

As women, we set ourselves up to be prey to these men as they are getting savvier. They are using our deep desire for romance. Our deep passion for the “love story.”

Women, can we leave the romance novel and get back to reality?

Even if we love romance novels, romantic comedies, love stories, we can also leave the theater, put down the book, and know that in real life, this rarely happens. It’s a fantasy. If we aren’t looking for an epic love story or a romance novel in real life, we don’t fall for these daygaming lines.

We can appreciate them and say thank you and move on with our lives. Let’s feel good about ourselves and have a higher threshold for giving men our attention, our hearts, and time.

Let’s find authentic, real conversations romantic instead of fantasy lines that make us tingle in the silly spot. We can make authentic the new sexy!

Lisa Hawkins is a coach and counselor with 26 years of experience in personal growth and development, psychology, and human behavior with an emphasis on relationships, which inclu… Read full bio