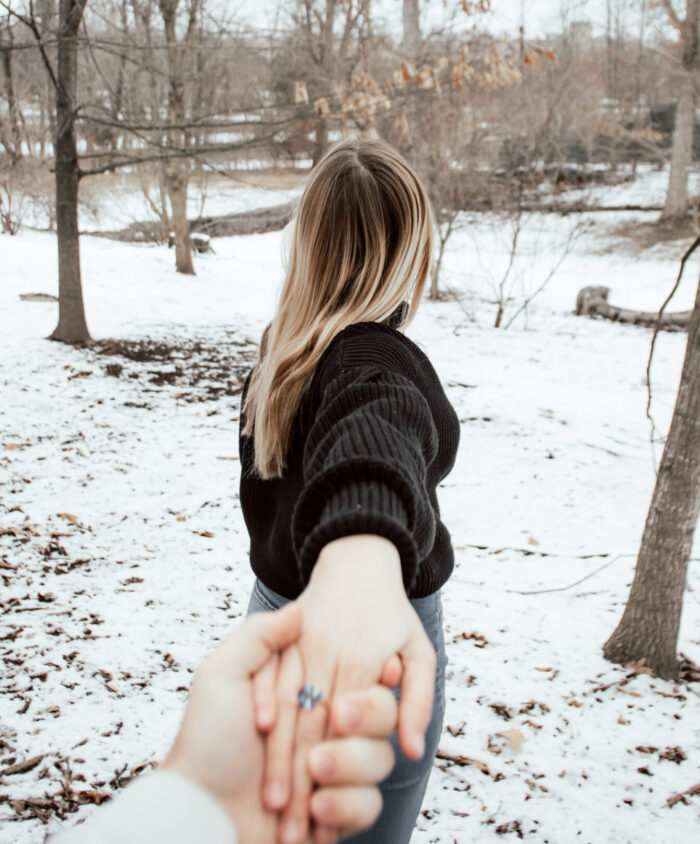 Have you ever wondered why women lose interest when dating? They seem to start getting clingy suddenly or pull away?  As a dating and relationship coach, I’ve seen this play out many times. I’ve experienced it when dating myself. “What happened? Things were going fine.” It baffles men.

It’s a similar story I’ve heard many times in my years of talking to men. Jason meets Julie. The connection is great. Jason is into Julie and over the span of a couple of months, they are seeing each other three times a week, consistently. Then, all of a sudden Jason starts to hang out with his friends more and starts to see her less. Communication from Jason turns to only texting. They start to see each other once a week. Julie is confused. She thought they had a strong connection and things were going well, progressing, but now it seems like Jason is pulling away. She starts to think she was wrong about the connection. After gently mentioning it to Jason he responds frustrated. “You never said anything about continuity.” Julie is more confused. In her mind that is what a relationship does, move forward. Jason is thinking they have a strong bond and why they need to spend as much time together, he wants more space. He thinks to himself, you just do that, in the beginning, to “get the commitment”. She realizes that maybe he isn’t that into her anymore. She is now turned off. He thinks she is needy.

A man is left to wonder: “What happened? Things were going fine. She is wondering “Why don’t I hear from him as much anymore?” 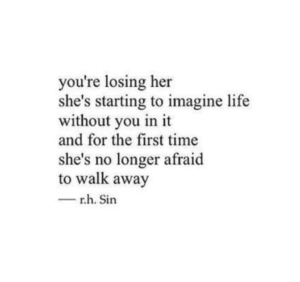 You’re losing her because she is getting used to you not continuing to spend time with her and she is imagining “you” not in her life. This was a discussion I had with a man who was confused about this concept of continuity in dating. Continuity as in consistent emotional and physical interactions. He was making huge misconceptions about dating because he was listening to peers for dating advice.

So, here’s the scoop guys with a healthy, secure, self-loving, mature woman who has her emotions manageable, is supportive, and able to communicate. She respects and responds to you as a man. She has to have certain requirements in order to feel like staying in a relationship. If not women lose interest.

A secure woman that has done her work on herself has lots to offer a man, won’t stay in a relationship that isn’t growing organically if her goal is a long-term relationship. Healthy relationships grow and increase organically!

Here is the truth! Women need physical and emotional continuity, meaning she needs a man that will show up consistently. Dr. Pat Allen among many other experts in relationship psychology will tell you, women have to have certain elements in order to feel safe and secure in a relationship. To want to continue on with a man and continuity is one of them. Dr. Pat Allen says: “It’s keeping chemistry up” (attraction up).

Lifes of styles: “Why is it important that continuity–or seeing someone regularly–is a non-negotiable?

Dr. Pat : You’ve got to keep the chemistry up.

Lifes of styles:  It’s almost like watering a plant–you can’t just leave it there and not do anything about it, correct?

Dr. Pat Allen: You’re absolutely right! Oxytocin is a neuropeptide that is produced when you come near the person who you are chemically attracted to–and it bonds you to them.” [sic]

If she has a life of her own, passions she pursues, friends and activities then you are not her LIFE, you are a part of it. There is a difference in that and being greedy with your time.

It’s up to you how much of it. So, she most likely has other options, just like you. You will either start dating her and things will move forward organically, and that means continuity in seeing her, communicating with her, and that grows and moves forward or it will fade away. It doesn’t go backward and move forward at the same time.

This is where lots of men fail. They think after a bit they can back off, have more space and freedom. (That’s a whole other article.) Nope, you’ll lose her. Women lose interest unless she is insecure, has no life, makes you her life, is needy, and will jump at seeing you when you get around to it. Sometimes you spending less time will trigger clingy-ness in an otherwise secure woman. Both of which are a response to her feeling the distance you’ve created.

If you are not seeing her the same amount of time each week, each month, or discussing it with her, you will lose her. One guy thought I was saying he shouldn’t have a life outside of his girlfriend, no, that’s not it. It’s about showing her you are desiring to move the relationship forward. Else, she will start losing her smile and regress. She’ll start to feel confused, and question things, and eventually, she’ll get the unspoken message “He is not that into me.”


Communicating to her lets her know she is important!

There is a way to communicate to her so she doesn’t lose interest. Example: I’m with my kids this weekend, and “I’d love to see you next weekend for Saturday and Sunday, does that work?” She gets your kids are a priority, she also feels like a priority, and she looks forward to seeing you when you are not with your kids. This develops respect and she still feels you are moving the relationship forward.

Don’t get me wrong, some women desire much less time with their romantic interest because they might be more independent or desire less intimacy overall. That needs communication and testing out. Dating is a process of discovery. You want someone that has closer intimacy needs to yours. If she needs more intimacy and you don’t want to be that – long term – then that can be a gap in the relationship that might always cause issues.

What this means is to have a healthy relationship; she is one of your priorities! Not the only priority. She has to be the priority, sometimes. That means she knows you have a life outside of her – she respects you for it- feels good about you having a life outside of her and you don’t slack off and go backward in dating her. You fit her into your schedule. As you would anything else that is important to you. 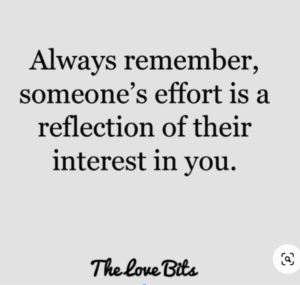 Men do what they want to do! Women know it.

A little secret: “Men do what they want to do” and women know it! So, she knows that what you’re doing is what you want to do.

Women are so in tune with this. We notice, even before you do. We have that six sense.  Deny it all you want, but it is true. We know when we are not being treated as if we are a priority.

If you back off from seeing her, she takes it as a lack of intent for long term – casualizing it, or a lack of her being a priority, and it is unattractive to her. She’ll follow suit and follow your lead. Meaning she will also back off and desire being with you less.

Your job when you pursue (if you desire to be the pursuer) a woman is to keep pursuing her because she is a great catch. If you don’t, another man will step in and gladly take your place. I’ve seen it and I’ve experienced it.

Again, if you create too much space in between contacts and physical dates, she will get used to having a life without you again. Think about it. It’s a choice.

She asks you about it, she is trying to understand you.

Yes, she might mention it to you, and the other mistake men make is overreacting in response to her curiosity. How you respond to her is a sign of where you really are emotionally with her. If you make it about her, you are also giving her a red flag that she is the one with the issue. She now knows you are not that into her. You are defensive. She is trying to understand you.

Don’t turn it around and make it about her being needy or greedy with your time. That would be a big mistake if she isn’t being needy and greedy with your time. You either want to spend time with her and organically move forward or you want to allow it to regress. Otherwise, maybe you shouldn’t be in a relationship if you don’t make the time to do what it takes to be in a healthy one.

If your woman is losing interest or has become increasingly clingy, perhaps it is time to get clear on what your intentions are.

This is the time to be honest with yourself about what you really want in a relationship. Do you want casual? Friends with benefits? Hookups? Are you seriously looking for a long term relationship? Be sure your actions and words match.

If you resonate with this, contact me for a “Get to Know Me” session and we can find out where the intimacy gap is in your relationship. Find out why women lose interest when everything was going well.