I’m pro Men, I’m not against Women.  This situation come up recently, in interacting with a couple of men.  Men can see how I respect them, read my articles, see that I ” get men” and can appreciate them, understand them.  That doesn’t mean I’m against Women.  They want to bash women in my presence and it isn’t a turn on, nor something I’ll sit and tolerate. I don’t need to defend women, but I won’t listen to it either.

I’m a pro Men kind of women, counselor, friend and lover.  I’m not a venting board, vomiting plate or your therapist,  unless of course you pay me to do a session.

I’m pro men, I’m not against women.  I get men, I also get women and that means I don’t value or honor one over the other. I can call both genders out on their stories, their conditioning from society and there is not victim men, more than victim women. One gender doesn’t have the market on victimization.  Except for fact,  that a large percentage is higher for female rape and domestic violence, women are more likely to be the true victims.  Men do what they want to do and therefore if they stay, they made the choice. They aren’t true victims.

So, when I’m dating and men tell me all their woes about the past women, it isn’t a turn on.  I’ll walk away, I might give them a bit to understand what they are doing, but then I’m off.  I have no desire to be their mommy.  I have no desire for co-dependency where I say ” oh you poor thing” women have treated you so poorly.  Let me listen to your stories and kiss it, help you feel better.

I’m a survivor of domestic violence and rape. Not many men  have been ” traumatised” in that way by women. Even with that, I’ve healed myself without using men to vomit my woes on.   Often times people don’t know the pain and the enormous amount of healing that has to occur to get to where I am.  So when a man tells me of his endless stories of how women have treated him badly, ( which later we find his part in it)  and he has suffered immensely and so much more than she could ever realize, I just sit there and am in utter jaw dropping amazement.  You’re the only person in this conversation that has been through hell? NO!  Why are you assuming you are the only one that has had pain, I think to myself.

In my research I’ve questioned many men on this subject and I found out that they do this emotional vomiting on women they first meet, or are dating is to let her know he has suffered!!! and because deep down he is wanting a mommy to kiss his boo boos, or else a therapist for free.  This subject keeps coming up because it is the number one complaint I have from women. I get it, because I too suffer through stories too when I meet men.

I haven’t found out why they want the women to know they have suffered except to get pity, and be felt sorry for.   Yet, isn’t it funny that men often times have no tolerance for women sharing their traumas and wanting to feel heard and validated. I notice often they just brush it off and change the subject.   I can clearly see the difference here.  Being heard and understood vs pity and feeling sorry for.  Which one is wanting victim status?

Though it sounds like I’m not pro men, I am!. I totally am! I’m pro men, I’m not against women.  It shows that in my articles, sessions and how I interact.

What I’m doing here is to bringing to light the major issue that keep turning women off to you, a man.  It’s so viral, someone needs to.

What your doing isn’t bringing in the women you want, unless you have a deep subconscious need to have the love your mommy never gave you, and your trying to get it from this woman.  In which case, you need therapy.

You don’t want to be a woman’s daddy, can you see the projection?  What are you doing this for? What do you hope to get out of talking about your ex’s, your pain and heartbreak?   You see your putting women in a bad position, to be your mommy or therapist and then later on you will criticize her for continuing on with the dynamics you set in place.  It’s an emotional trap for a woman.  It is toxic, unhealthy and won’t work.  You become angry later, you don’t want to be treated like a child and have her be the parent.

To a woman a man that keeps whining about his ex’s, is being Peter Pan.   It’s a double standard. Have you ever heard yourself say, she is whining? She is bringing up the past, she is being too emotional?

It isn’t masculine or mature nor grown up to do this. It is a sign that you haven’t matured past being a boy that needs his boo boos kissed.  It means you haven’t figured out that a woman cannot fill the space of void you have from your own mom or your pain from your ex’s.

So women suffer through the stories, the neediness, the desiring a mommy to hear your stories of woe to have you in their life, even though you are emasculating yourself by doing so, and it is hard for her to respect a man that can’t handle his own trauma pain and heartbreak like you expect her to do.  Like grown ups do.  That doesn’t mean she can’t listen and you be heard. That is so far different than what you are doing.

You are working at getting the roles reversed by doing this, taking the child role, and still wanting to be called masculine, treated like a man, a grown up man, even though you are not acting like one.  Basically you’re wanting her to do all your emotional work. So you don’t have to. 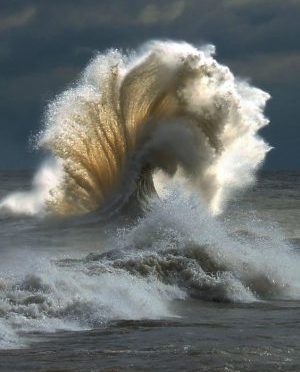 Really roles aside here, any healthy relationship starts with a whole person that can and does deal with their own emotional healing, and doesn’t wait to have a victim show up to vomit it on or trap!

If you want your love life to turn around, then ask yourself why? Instead of getting angry about this article, take a long hard look at yourself.  If this type behavior is something you wish to change, contact me.   Lisa Hawkins